HONG KONG SAR - Media OutReach - 23 June 2022 - V.Gallerier, a blockchain empowered entertainment company has collaborated with William Tsang, a famous painter and art toy figurine designer in Hong Kong to create a unique digital entertainment brand, Fordarest. This collaboration aims to empower its followers, allowing the community to contribute and create the entertainment they truly want. William brought great value to the Fordarest brand as he took elements from his best selling concepts such as Iron One into the Fordarest characters. 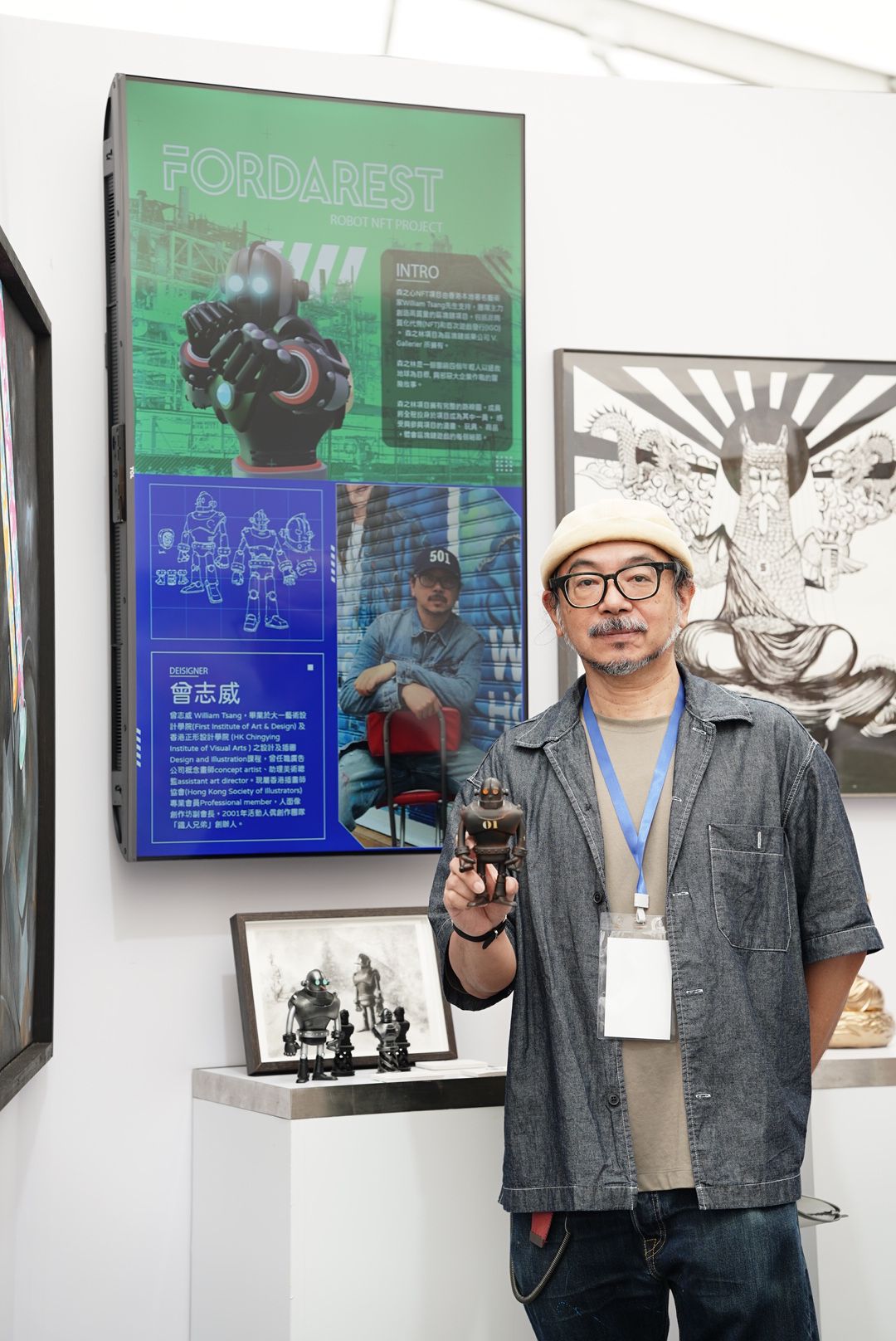 V.Gallerier is a blockchain empowered entertainment company, it specialize in blockchain projects like NFTs and IGOs. The V.Gallerier team has been in the blockchain space from the start, understanding the movement and the taste of the Web 3 based audience, allowing blockchain projects to be tailored according to the needs of target customers. The V.Gallerier team is capable of a variety of entertainment productions, ranging from in-house figurine rapid prototyping, graphic design, story creation, building communities and management, game concept development, etc.

V.Gallerier has decided to develop a NFT project, as it is the most versatile tool within the blockchain space to provide tailored entertainment contents. V.Gallerier has collaborated with Hong Kong famous figurine designer and painter William Tsang to create a brand new digital entertainment brand, Fordarest. Fordarest aims to empower those who participate to contribute and share their ideas, allowing Fordarest to develop valuable entertainment contents for its community. For those who want to participate will need to look out for Fordarest NFT launch in Q4 of 2022, only those who hold a Fordaret NFT can contribute towards the project and enjoy vast amounts of benefits along the way.

Fordarest will be releasing 2,222 robot NFT in Q4 of 2022, after the release Fordarest will slowly release its features in 2023-2024. These features include an original story series co-created by William and Fordarest team, story publication in different outlets such as comics or animations, Web 2.5 merchandise exchange allowing Web 2.0 and Web 3.0 login, and lastly Fordarest based GameFi. NFT holders will get to enjoy different benefits according to the feature released, the more they participate the more rewards they can rake in. Stay tuned to Fordarest social media to understand the benefits in the future.

In early June, Fordarest team has collaborated with Hong Kong famous gallery 13A New Street to entry Artaverse Exhibition, one of Hong Kong largest NFT exhibition. Fordarest exhibited Williams original Iron One paintings at HKD $60,000, and Fordarest limited edition chess pieces during the show. One of the coming collaborations is between Fordarest and figurine production house Unbox, & streetwear retailer Popcorn. William will design a limited edition sand base 3D printed Art piece for this special collaboration, and it will be on display in K11 in coming July 2022.