Omni Plant Based Products to Launch in Canada OMNI Classic Fillet, Omni Golden Fillet, OMNI Porkless Paste, OMNI Porkless Luncheon have hit the store shelves across the country VANCOUVER, CANADA - Media OutReach - 18 November 2022 - Foodtech company OmniFoods has endeavored to bring healthy and sustainable products through innovation. After a successful launch at Walmart in the US, OMNI is delighted to announce that its 100% plant-based OmniPork and OmniSeafood series, are now available at supermarket chains and grocery stores across Canada, including Sobeys, Walmart, Sungiven Foods, T&T - West and Vegan Supply. 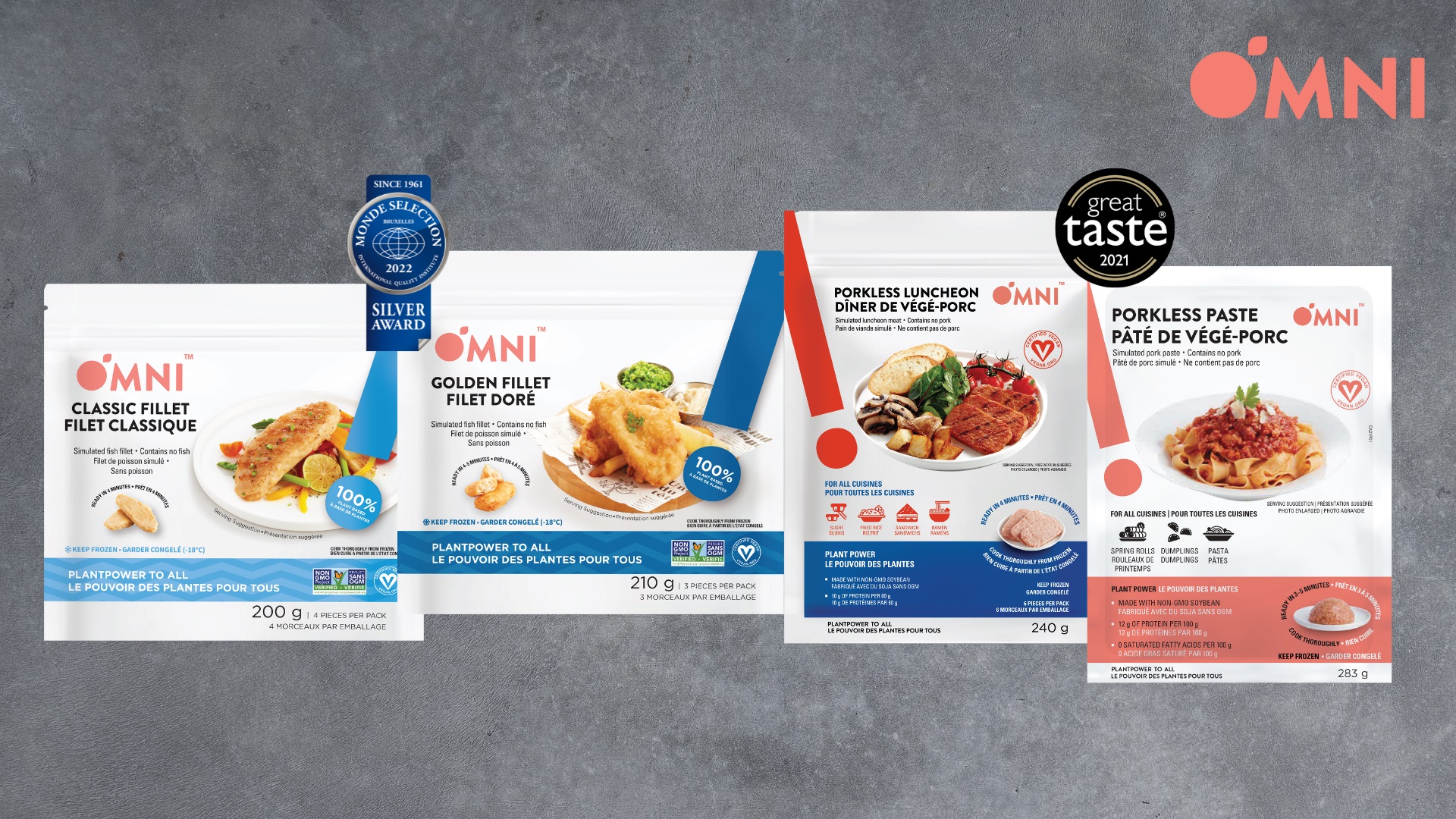 After a recent launch with a series of popular restaurant partnerships in Vancouver, Toronto, Ottawa and Montreal. OmniFoods has showcased a collection of amazing plant-based innovations with OmniPork and OmniSeafood products. The all-purpose OMNI Porkless Paste is incredible popularity as it is a credit to its tender and juicy texture, as well as its culinary potential, it can be seasoned, steamed, pan- or deep-fried, stuffed, or crumbled to create delicious additions to burgers, pasta sauce, banh mi, dim-sum, dumplings, spring rolls, fried rice, and more. The highly anticipated OMNI Porkless Luncheon is the first of its kind globally and is a potentially healthier alternative to canned pork counterparts, becoming a perfect accompaniment for ramen, musubi, bagels or sandwiches.

Follow the worldwide successful launch of OmniPork series, the latest OmniSeafood series bring the sustainable diet from land to sea. The game-changing OMNI Classic Fillet and award-winning Omni Golden Fillet have been in high demand in the Canada, after making waves in the vegan community with its ground-breaking debut earlier this year in the UK. OMNI Golden Fillet is with a golden-crusted and succulent inside, it retains the flakiness and tenderness of real fish, carrying an ineffable ocean flavor and presenting a healthier rendition of the classic seaside dish. The plant-based "fish" is made from a unique blend of non-GMO soy and pea, contains 349mg* omega-3 ALA, low in saturated fat and a source of fiber. While OMNI Classic Fillet is the world's first non-bettered plant-based white fish alternative, it is also a big hit to the omnivores.

OmniFoods, the food innovation arm under Green Monday Holdings, is a global leading plant-based food company. OmniFoods' range of alternative protein products includes the OmniPork series, OmniSeafood series, and OmniEat series. With R&D in Canada and distribution network in over 20 markets, OmniFoods is partnering with many of the world's top restaurants and retail chains e.g. 2000 Walmart stores in the US. OmniFoods' products have received various international awards & accolades – OMNI Mince and OMNI Luncheon were awarded a One-star Great Taste Award in 2021, and OMNI Golden Fillet received the Silver Quality Award in the Monde Selection 2022. For more information, please visit